Bart was keen for his work to be a mix of people and numbers. He started at ING as an Advisor on day-to-day banking matters and worked at branches in Heemstede and Leiden. He subsequently became a Senior Advisor and Personal Banker before moving into his current role as Expert Personal Banker in 2017.

My advice also takes account of the story behind the numbers

“Expert Personal Bankers are responsible for the more ‘heavyweight’ Personal Banking customers, i.e. those with assets of between around 200,000 and one million euros. Such customers include entrepreneurs, managers, directors, lawyers, medical specialists, wealthy older people or partners in big companies. They often face complex issues that can range from ‘I want to retire early’ to ‘We want to buy a house for our children, or a second property abroad. What’s the best way to finance that?’.

“I help those customers with their financial planning. We take stock of all their goals and dreams during an initial meeting. We then look at their current financial situation and what they could and should do to turn their dreams into reality. It takes a lot of knowledge to advise both entrepreneurs and consumers about almost the entire spectrum of financial products – from savings to mortgages and investments. Sometimes it becomes like a complex jigsaw puzzle combining several different aspects; I love getting my teeth into challenges like that. Every customer has a unique situation that calls for a tailor-made solution. And then there’s also the story behind the numbers – because no matter how financially watertight my advice is, it’s important that it ‘feels’ right for the customer too.”

“I discuss major issues with my customers – key milestones in life such as retiring or moving house, but also illness and death. They often find it tough to think about such events and to make the necessary financial decisions. The challenge lies in guiding the customer through the situation and in holding up a mirror to them – and sometimes it’s one that they don’t want to see. Luckily there are lots of enjoyable sides to my work too, though, and it’s always hugely rewarding to help people realise their dreams. For example, I’ve worked with a married couple who dreamed of retiring in a few years’ time and travelling the world. They never really expected it to be possible, but a carefully thought-out plan showed that it was. It’s so amazing if you can achieve something like that and truly surprise your customers.”

“So far I’ve managed to take several steps up through the organisation in a very short period of time. My secret is to put a lot of effort in by studying, always being eager to learn and by paying attention to my colleagues. If I hear something that I’m keen to know more about, I ask questions and explore it in more depth. In the future I’d like to move into Private Banking for even more complexity and to work with a more specific group of customers with whom I can build even closer relationships.”

Bart did a degree in communication at Leiden University of Applied Sciences and alongside his studies he worked part-time in caring for the disabled. He joined ING as a Branch Advisor in 2011. Over the past seven years he has risen to his current position of Expert Personal Banker. He is a keen footballer, previously at a high level and now recreationally, and goes to the gym several times a week. As father to a young son, he spends a lot of time with his family and loves going to the beach in Noordwijk whenever he gets the chance. 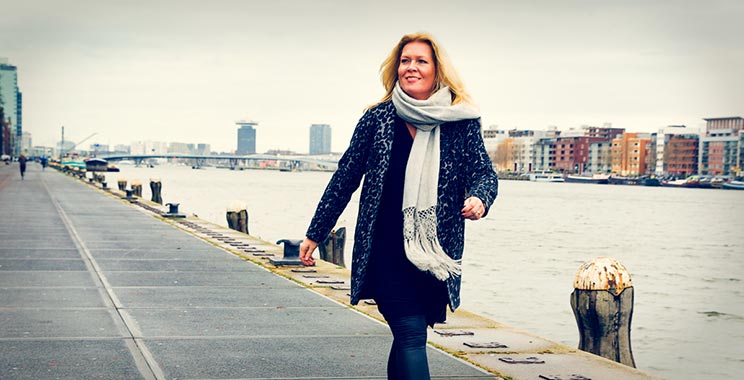