Finding my way around in a brand-new team 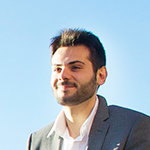 IT Trainee Claudio Claudio Salvatore Arcidiacono started working for ING in October 2018. He just left for Sydney, Australia, where he’s about to start with his second assignment. He will stay in Sydney for three months.

Recently I started in my new job as a Python programmer. My new team develops a platform that will be delivering data to all the finance and risk applications within the bank. Finance and Risk have merged to one department, and every process and system needs to be redesigned, including the way we deal with the data. At first sight, this job seems to lie quite far away from my specialism data science. However, my knowledge in handling Big Data is very valuable here, because our platform will soon process terabytes of data every day.

In the short time that I’ve been working here, I found my way around. First of all, thanks to my co-workers, all DevOps engineers, whom I like a lot and who immediately made me feel at home in the team. Secondly, the newness of the systems we are working with and the innovative vibe in the department make it interesting for me to work here. I like the way we are doing things, because it is really forward thinking. We are working with open source software for example, which is for me the way to go. In this way, we don’t only leverage for the community of developers within ING, but share experiences and best practices with developers all over the world.

Then, the way we code is rather revolutionary. It is called behaviour driven development (BDD). A fellow trainee, Bjorn van der Laan, wrote an interesting article about it, and another trainee in my team introduced it here. The team was enthusiastic about BDD immediately, and has been using it for some 5 months now. We appreciate the benefits and the value of this method, and notice how it increases the quality of our code. BDD will soon become the standard for software development in our chapter.

What I like a lot too, is that our team must be the most mixed and balanced professional team in the world. Half of us are men, the other half are women. There are two juniors (including me), two mediors and two seniors. Half of the team is Dutch, half isn’t. It is almost spooky how evenly it’s divided. We speak English all the time, which doesn’t really add to my command of Dutch, of course. Neither do my Russian classes, by the way. I started to learn Russian because it is the first language of my girlfriend, who is from Ukraine. She already speaks Italian, which puts me under quite a bit of pression. I find it super hard to learn this language, way harder than Dutch. But it is really satisfying to be able to interact already a bit with my girlfriend’s family.

And as far as data science is concerned, my chapter lead is very interested in this domain and very willing to introduce it for relevant purposes. In the weekly team meetings I get the chance to present and explain data science little by little and give examples of the kind of purposes for which data science is useful. I hope in the future the team will come up with real cases we can work on. However, this is not a goal in itself. Making my colleagues aware of the possibilities is enough for this moment, and I am glad that I get the chance to contribute to this.

Curious and open-minded Claudio was born and raised in a picturesque Sicilian village, tucked in between the sea and the Etna volcano. The mountainesque scenery of his home country is the complete opposite to the flat landscape of The Netherlands, but Claudio feels lucky to be living in a great apartment with a view over ‘t IJ, together with his girlfriend. “I left Sicily because I want to see the world, now I’m young.” In his free time he loves to go cycling and salsa dancing with his girlfriend.

IT Trainee Claudio | All happiness and slight disappointment

IT Trainee Claudio | Exploring the boundaries of data science

IT Trainee Claudio | On my way to down under

IT Trainee Claudio | Finding my destination