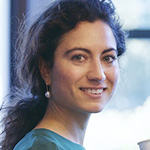 Now that I’m almost at the end of my STA in Hong Kong, everything has become a little more routine: working and living here, the hustle and bustle of the city – I’ve got pretty used to it. There’s not much time left; a couple of days at work, a visit from my mother and one of my friends, and then a brief trip with my mother to Taiwan, and then I’ll be heading back to the Netherlands. I won’t have much time to acclimatise, though, because I’ll be immediately starting on a week-long course with Moody’s – one of the ‘Big Three’ credit rating agencies along with S&P and Fitch.

In Hong Kong I’ve mainly been involved in exploring the Chinese market, which is completely different from the European or American market, for example. Here, we have massive companies – conglomerates – most of which are owned by unimaginably wealthy Chinese tycoons. Meanwhile, the Chinese government still has considerable influence through various state-owned setups. I’ve investigated various industries in more depth and found it very interesting, or at least in so far as I could obtain the relevant information. The fact that I can’t read or speak the language doesn’t make it any easier, of course! Sometimes information is only available in Chinese and doesn’t exist on Google. In that case I use a Chinese search engine and then copy the text into Google Translate, but that still leaves a few gaps. Thankfully my manager has been very understanding of the situation, and I’ve definitely been able to make a valuable contribution. Besides generally exploring the market I also analysed a huge Chinese company, for example, and as a result we’ve enlisted the help of ING’s global mergers & acquisitions teams to keep an eye out on that customer’s behalf. Are there any companies or startups that could be interesting for the customer to acquire? It’s purely exploratory work; in a way, it’s like a pitch for ING. ING’s strong foothold in Europe means that we can be an attractive partner for such a customer. Other local banks don’t have the same presence.

I was also really excited to be allowed to work on a plan to improve ING’s positioning in the eyes of European and Chinese businesses that are involved in China’s ‘One Belt, One Road’ initiative. This is a government initiative that is focused on improving trade and transport links between China and the rest of the world, mainly through infrastructure investments. ING is active in a great many of the countries involved and has even already closed a couple of transactions in the context of this project. We want to show the market that we have the necessary expertise. I was keen to provide some input for this, so I asked if I could become involved. Since then, I’ve contributed my ideas during a brainstorm session as well as for various plans. I can get really enthusiastic about projects like that.

And also about my next job, which will be my first permanent role within the traineeship. I’ll be joining Structured Export Finance, which is the department where I did my first rotation. Both the work and the team were a perfect fit for me. I’m really pleased that I can go back there and I’m looking forward to learning a lot more about that specific domain, which is one that is very close to my heart!